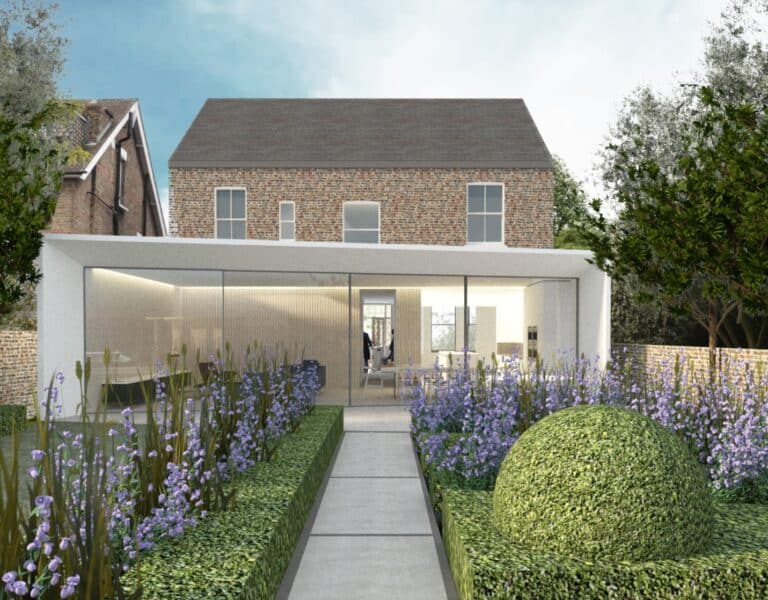 The house was an existing picturesque double fronted Victorian house in the conservation area of Kew. The house is unusual in that there is rear access to a neighbouring side street from the back. An existing rear extension had been built, but was dilapidated and failed to integrate with the rest of the house. The garden had some attractive mature trees but was largely lawn with an unused garage building at the end, attached to a lane.

The brief was to rejuvenate the garden, improve the rear extension and form a structure at the end of the garden which could be used as a study/ garden room and gym space. The remainder of the house was to be left largely unchanged.

The solution was to open up the house at the back with an angled extension which could accommodate generous living, dining and kitchen spaces without losing too much of the garden. As a result of the angle, the terrace is retained but is no longer overshadowed by the extension. The garden is turned into a focal point for the house with mixed evergreen and perennial planting while a path cut through the middle creates a route through the house from the front door all the way through to the back gate providing a drama to the house which was previously unrealised.

The garden pavilion replaces an existing garage and is combined with a pergola structure to frame a South West facing terrace at the end of the garden providing a further focal point and destination from the house. Planning permission was granted in 2017.

The potential of the house is fully realised by the proposal and provides a seamless integration with a new living dining kitchen space. The formal arrangement of the existing house is maintained and enhanced through the relationship with the new extension and garden. 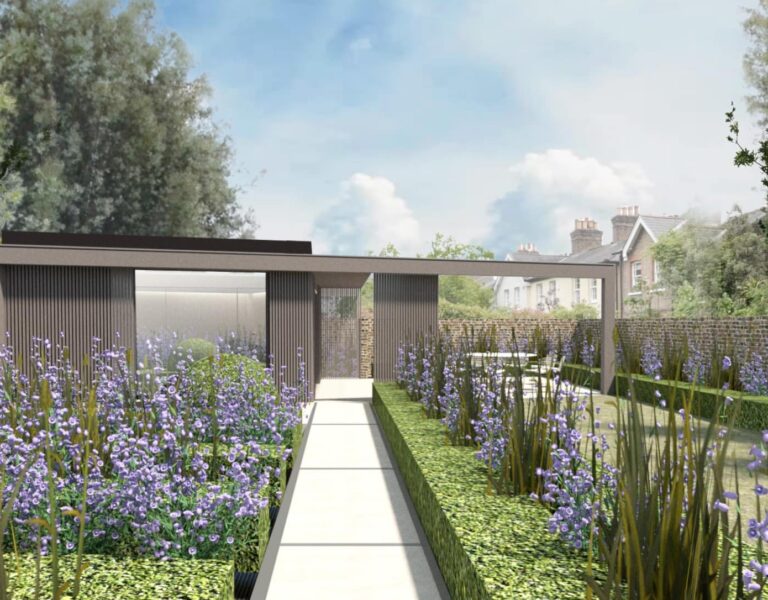