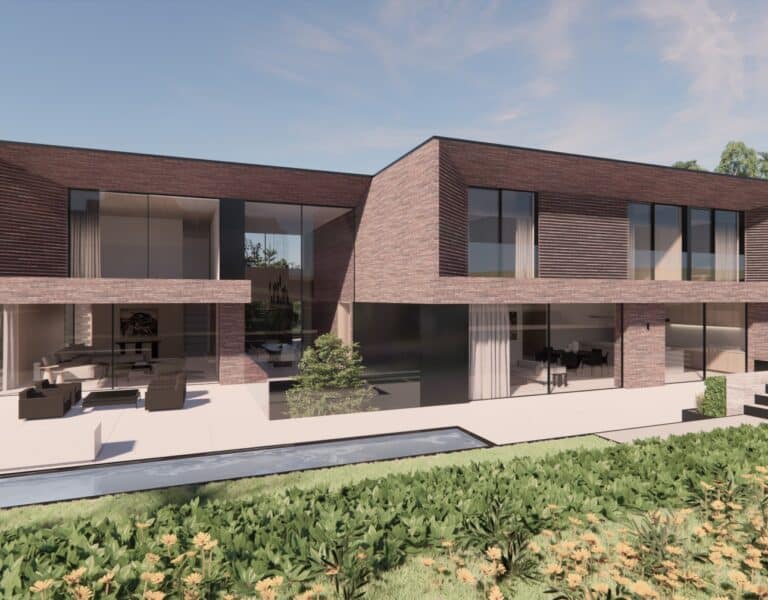 Located within a conservation area, the site had originally been sub divided from a larger estate and included a 1950s house. The plot is quite compact and included extensive tree cover. It is flanked by an access road to neighbouring properties on one side and a footpath on the other. The site slopes steeply from the road to the end of the garden creating some unusual site constraints.

The brief was for a new five bedroom family home with living accommodation, an internal swimming pool and spa area, cinema, formal living and dining spaces, family living dining and kitchen spaces as well as a separate office space, garaging and separate staff accommodation. The challenge was to create a house which was both substantial in size but also did not create an over imposing impact on its surroundings.

We created a house over three levels with the leisure facilities located in the basement around a central courtyard. The house itself was set towards the road, with the driveway located on the North side of the house, allowing the maximum garden to the rear where a terraced landscape gives the opportunity for a dramatic vista. Given the size of the house, care was taken to ensure a relatively compact footprint in order to avoid sprawl across the site both in terms of the economies of the construction and maintaining appropriately sized garden space for a house of this scale. All primary rooms have a South, garden facing aspect, including all the bedrooms.

The house is proposed to be built using red Cheshire brick to fit into the context and character of the area. Expressive brick coursing is used to articulate the house and further soften the scale of the building.

The proposal creates a substantial family home which offers both privacy from the road but also maximises the use of outdoor space and the drama of the site. 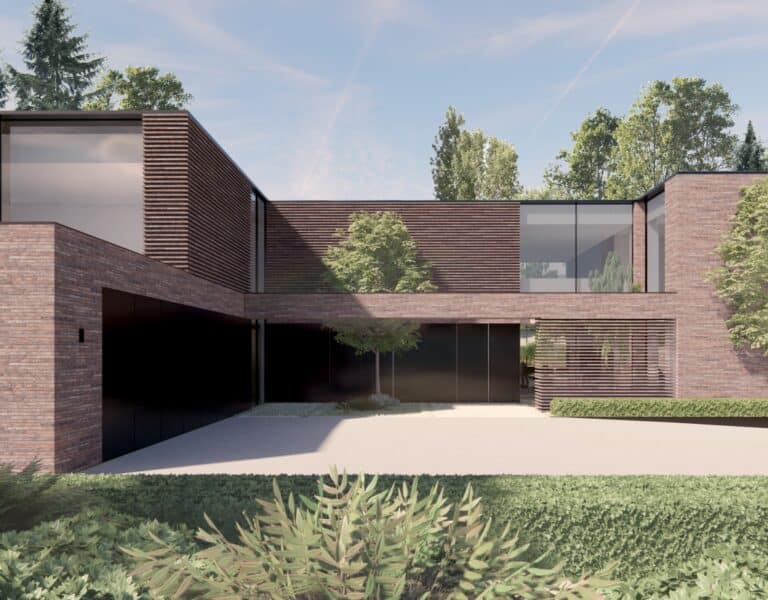