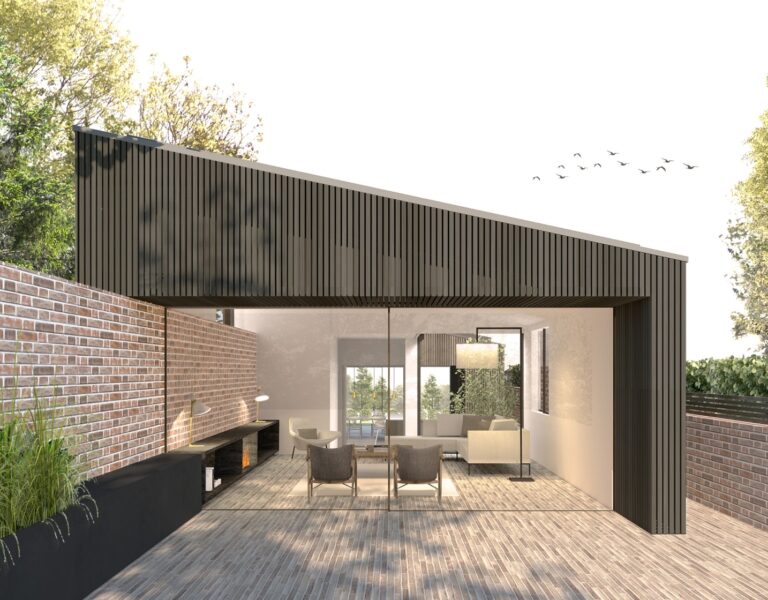 We were approached to design this project following multiple application rejections due to the sensitive nature of the site. It is a tight linear site, surrounded by mature trees, located within the Stanmore conservation area.

The client wanted to create a 4 bedroom family home within the site with as much living space as possible within a small site close to a busy road. The challenge was to create as much building as possible while maintaining privacy and enclosure.

A number of preliminary schemes were developed and through extensive negotiations with the council a design was approved. The concept of the final design was to form an upside down house with a mono pitched meadow roof sloping towards the street which offered a visual continuation of the park behind.

In front of this, the boundary wall uses red traditional handmade bricks to separate the house from the busy street in front. This is typical of many of the traditional buildings on the street and is characteristic of the area, creating a continuity with the historical context.

This is given a modern twist with areas of perforated brickwork where plants and light offer interest to the wall.

The mono pitched roof allows the building to be low profile on the public, road side while allowing views of the treetops in the park through clerestory windows. The kitchen faces onto a terrace on top of the basement with distant views to central London while the living room faces North West onto a garden space.

Bedrooms are located at basement level to maximise privacy from the street above. 2 internal courtyards allow plenty of natural light and ventilation to all the bedrooms, forming a serene private garden in an urban setting, while the larger Master bedroom has its own dedicated courtyard on the Eastern side of the building, orientated towards the morning light.

A project which incorporates the largest possible area for the site providing a contextual site specific solution A successful mix of private and public spaces incorporates entertaining spaces and terraces on the ground floor, but also secluded privacy for the bedrooms at basement level. 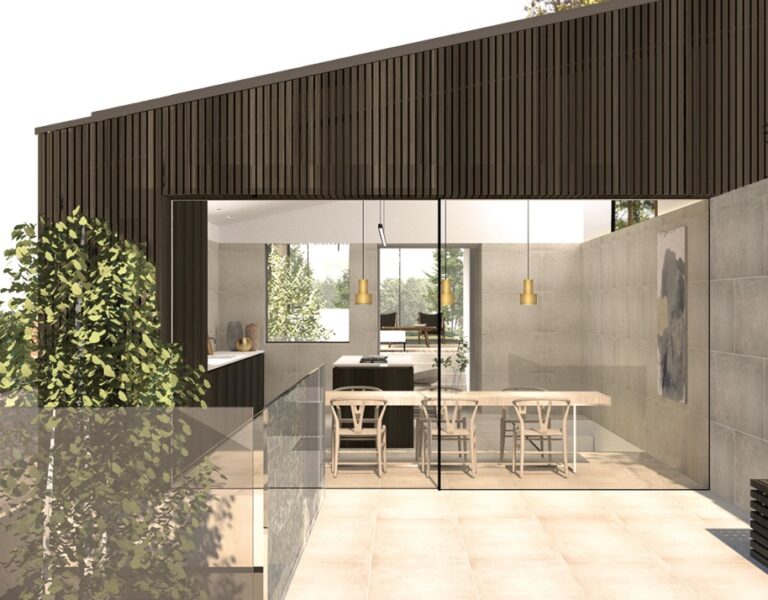 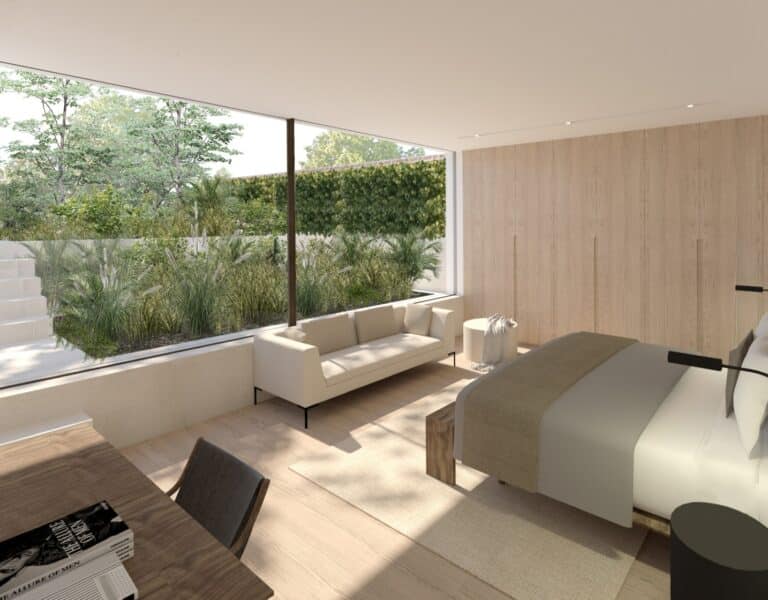